ANTOAN VILL took part at the European Job Day, held at the Martial Club in Rousse on the 12th of April 2016. The Job fair, organized by the Labour bureau Rousse was attended by more than 400 unemployed people on the look for a job and 30 employers from various industry sectors such as machine building, energetics;  chemical, furniture, garments industries; IT, commerce and tourism industries. ANTOAN VILL presented job opportunities in the apparel production. Our company was among the 3 employers invited to make multimedia presentations and demonstrations after the official opening of the event by Mr. Rumen Yanuarov, executive director of the Labour bureau Rousse.

Mrs. Antoaneta Antonova, General manager of ANTOAN VILL, presented our company in front of the attendees and talked about the business of garments production, the team and opportunities ANTOAN VILL offers. Her presentation was briefly followed by a joint fashion review with the Professional High School for Apparel “Nedka Ivan Lazarova”, during which students from the high school showed styles of ANTOAN VILL as well as their own.  During the event a lot of the present unemployed people expressed interest in the job opportunities ANTOAN VILL offers. 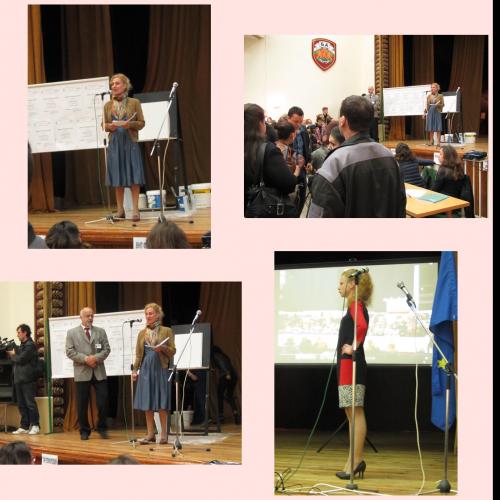